Hello music fans,
We’ve got something many of you want to know about. Nigeria’s highest paid artists per show.
This list is basically just for the most expensive artistes, the ones that charge the most for a show.
Below you will find the ten highest paid musicians in Nigeria right now.
10. Mr Eazi: N3-6 million
Yes.. The one and only Mr Eazi is here on the list of the highest paid, kind of fast for a guy who blew just 2 years ago right? His growth has been crazy and massive.
He currently revealed on twitter he charges up to 6million for shows.
He’s made a lot of money this year alone.
9. Phyno – N4-6million
He started his musical career as a producer in 2003. He is renowned for rapping in the Igbo language.
His debut studio album, No Guts No Glory, was released in 2014.
Ever since his debut he’s been imoroving and growing bigger since now he charges nothing less than 4million naira per show.
8. Tekno – 4-6 million
We all can tell his growth this last 3years has been massive.
After Davido and Wizkid Tekno is currently the next most popular artist across African countries.
He recently revealed in an interview with Toolz he wouldn’t take anything less than 4 million naira for a show in Lagos.
Within the country, Tekno charges between 4-6 million naira per show. Outside Nigeria he takes more.
7. Flavour: N4-6 million
Chinedu Okoli a.k.a. Flavour N’abania is a multi-talented singer in the Nigerian music industry and is also raking in millions per show.
He hails from Orumba North LGA in Anambra State, Nigeria and is much sought after in the country because of the beautiful way he blends the Igbo culture to his High-life music.
Flavour commands a fee of about N3 million per show in Nigeria.
He also has a huge fan base beyond the shores of the country especially the African Franco-phone countries were he makes about $73,000 per show and about 15,000 euros for each performance in Europe.
He is presently a brand ambassador for both Harp and Knorr cubes and is currently signed up with 2nite Entertainment.
6. Tiwa Savage: N5-7million
Tiwa Savage is the Queen of Nigeria music and is known for being that.
Currently, other female artistes like Yemi Alade and Chidinma Ekile are giving her a run for her money, but, she’s still the one rocking the crown.
She’s one of the highest paid artistes in Nigeria per show as she’s usually overbooked within periods and months.
According to BuzzNigeria, Tiwa Savage would change nothing less than N4 million naira per show.
5. Tuface: N5-N7 million
2baba officially makes N7 million ($32,000) per show in Nigeria. He is an indigene of Benue State and known to be very compassionate in his fee range.
In fact there have been incidents in which he has accepted to perform in shows which some other artists rejected because of the performance fee.
He even charges as low as $35,000 for shows outside of Nigeria.
4. Olamide: N5-8Million
He has been consistent since he blew and his brand keeps growing bigger. Olamide often get called for shows.
Olamide’s Asking price right now starts from 5million and as high as 8million naira.
He often get called to many big events by Lagos state government and other western states.
3. D’banj: N5 – N8 million
D’banj is still a big player in the Nigerian music industry.
Having done collabos with American hip-pop stars like Snoop Dogg and Kanye West, he is still high up in demand and still command huge fees.
D’banj rakes in about N6 – N10 million ($20,000 – $30,000) per show.
2. Davido N6 – N10 million
Davido, as he is popularly known is pocketing N6 – N10 million for local shows and between $20,000 – $35,000 for shows abroad.
The If crooner is having a ball with his career as he is in high demand. This is probabaly going to increase soon as he keeps growing bigger.
1. Wizkid: N6 – N10 million
Right now his popularity, both at home and abroad accounts for the N6 – N10 million which he takes home per show.
His charges keeps going higher everyday just like Davido.
Wizkid barely performs in Nigeria anymore by the way.
The End!!!
Thanks for reading…
Which of the above listed Artistes are you calling for your Event?
We want to know, tell us 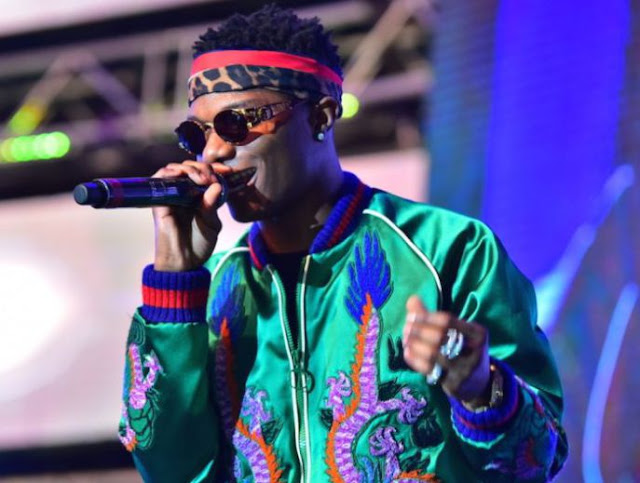