Enoch Adeboye, the general overseer of the Redeemed Christain Church of God (RCCG), says he struggled over ponmo with his wife, Foluke Adeboye when they first got married.
There have been celebrations in Redeemed church branches to celebrate the 70th birthday anniversary of the general overseer’s wife.
“Marry for love. It’ll endure. I’ve been married for 50 years and still on honeymoon. I was the poorest among those lurking around the girl I married,” he said.
“We struggled over ponmo as people usually hear me say, but today if we want to eat a whole cow now, God will provide.
“After our wedding on September 8, 1967, we faced challenges. The baby came in 1968. It was tough. We were happy because we were in love.
“But we have stories to tell. If you marry for love, it will last because God is love.”
Parishioners gathered in the Youth Centre at the Redemption Camp to celebrate her, sending broadcast messages seeking prayers for her.
Foluke Adeboye is the mother-in-Israel in the church; a title deservingly conferred on her as a result of her status and various activities in the church.
She is the coordinator of a movement that seeks to popularise Christain education, leading to the establishment of Christ the Redeemer’s Schools. 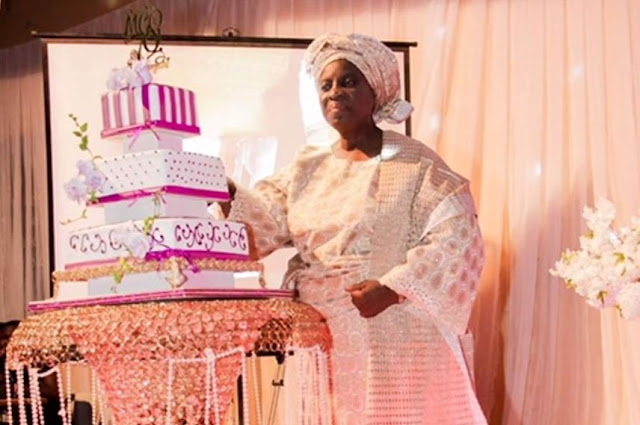