Ngozi is one of the most popular TV moms in Nollywood

Being a mother often means unconditional love, sacrifices, struggles and joyous moments, even in Nollywood movies.

Since the earliest days of Nollywood, the small and big screen have tried to capture what it means to be a mother, using a variety of talented actors, who have over the years, become our favourite on-screen mothers.

To celebrate Mothers Day, we here at Pulse have put together a list of some of the best big and small screen mothers in Nollywood.

In no particular day, check them out:

Nevertheless, she is always looking out for her children and trying to figure out what's best for them.

Who is Patience Ozokwor?

In movies such as "The Proposal," "Omugwo," "To Rise Again" and "Behind Closed Doors," Ozokwor represents every kind, prayerful, protective, concerned and caring mother out there, trying to guide their children through tough or special situations.

As a mother in "Worlds Apart," "Elastic Limit" and "Dearest Mother," this Nollywood legend epitomizes the idea of the often feisty but devoted mother, who just wants the best for her children and is scared of losing them to anything or anyone.

In the 1999 movie "Curse from Beyond," Joke Silva plays Mrs Raymond, a mother trying to solve her daughter's spiritual problems. She stands by her through tough times, giving her the strength to hold on.

And in "Potato Potahto," she is Mrs Wilson, a mother and mother-in-law, who always has some kind and wise words, respects and protects her daughter, yet allows her the space to make her own decisions.

As a mother in several Nollywood movies - The Wedding Party, Diamond Ring, Dangerous Twins - Sobowale shines as a tough, dramatic, and caring mother,who fights to defend, support, provide and make her children happy.

In most of her movies- "Silent Scandal," "What Lies Within" and "Road To Yesterday" - Okaro is the reserved, lively and occasionally sarcastic mother, who is always there for her children and family with unconditional love and support.

As a mother in several Nollywood movies - "Hour of Grace," "Worlds Apart," "Evil Forest," Dokubo represents strong, emotional and selfless mothers, who are willing to risk all to protect their children.

Compassion, warmth and humor are often Wilfred's strong points as an on-screen mother. Her on-screen characters occasionally epitomize every Nigerian mother, who always speaks her mind without appearing overbearing.

As in series like "Invitation to Thunder," she may fight with her son, make choices that invite regrets, but she is always protective, working towards what she thinks is the best for him.

In the 2001 movie "Mothering Sunday," Owoh is heart-wrenching as a mother abandoned by her only son, Ejike.

Often taking up the role of a mother in most of her films, Owoh is good at depicting the hardworking, stubborn, emotional and selfless mother, who will fight to protect her children from anything and anyone

Ngozi Ezeonu is mostly the on-screen mother, who has been through everything but still perseveres.

No matter what she goes through, or how much she cries, she's always determined to give her children the best. 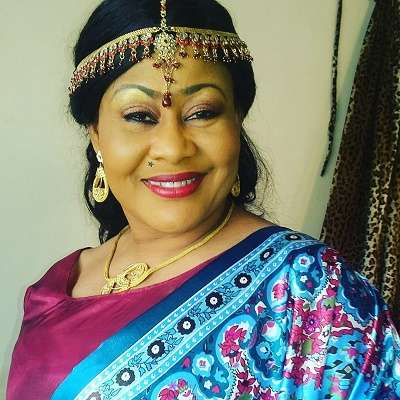