SHOCKING!! See the 4 African countries Dangote is richer than combined together

It’s been revealed that billionaire businessman, Aliko Dangote is richer than these 4 African countries put together and we are wondering how?

Aliko Dangote GCON is a Nigerian business magnate, investor, and owner of the Dangote Group, which has interests in commodities in Nigeria and other African countries. As of March 2018, he had an estimated net worth of US$14.1 billion.

Aliko Dangote, an ethnic Hausa Muslim from Kano, Kano State, was born on the 10th of April 1957 into a wealthy Muslim family. He is the great-grandson of Alhaji Alhassan Dantata, the richest African at the time of his death in 1955. Dangote has said: “I can remember when I was in primary school, I would go and buy cartons of sweets [candy] and I would start selling them just to make money. I was so interested in business, even at that time.” Dangote was educated at the Sheikh Ali Kumasi Madrasa, followed by Capital High School, Kano. He has a bachelor’s degree in business studies and administration from Al-Azhar University, Cairo.

Dangote is married, and lives in Lagos, Nigeria. He has been married four times, and his first three marriages ended in divorce. He has a total of three children from these marriages.

Dangote was named as the Forbes Africa Person of the Year 2014. The other nominees were South Africa’s Public Protector, Thuli Madonsela, Nigerian author, Chimamanda Ngozi Adichie, Director-General of the Securities and Exchange Commission, (SEC), Arunma Oteh, and President of the African Development Bank, Donald Kaberuka. 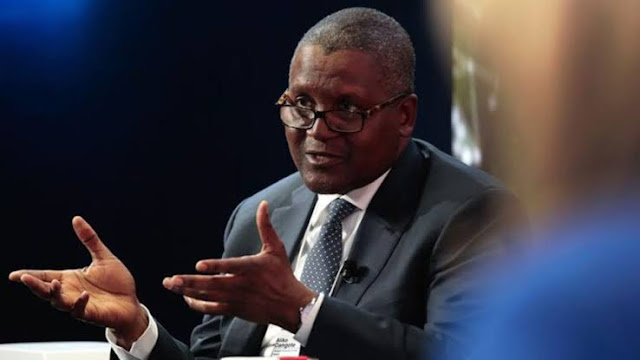