BUSTED:- Photo Of A Child Shoe Shiner In Gombe Trending

Photo of a child shoe shiner in Gombe State 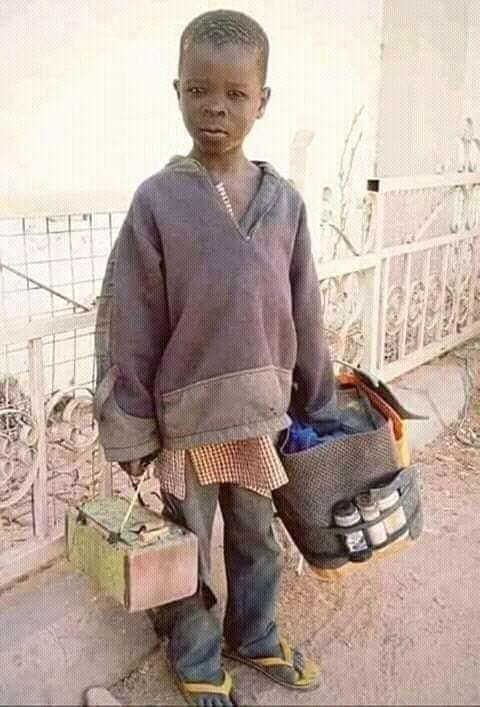 A Nigerian Facebook user, George Onmonya is concerned about the growing number of child labourers in Gombe State.

He shared a photo of one of the children supplied by a certain 'Doctor Bile Nuhu' from Gombe, adding that the children are mostly from neighbouring states.

"Sometime last year I went to Gombe with Remi Adebayo and Joshua Matthew to track down Governor Dankwanbo for an interview. The one thing I noticed in Gombe was the influx of children shoe shiners like this one. I called several of them to ask them where they were from and they said they were from Katsina, Sokoto, Kebbi, some from as far as Niger Republic and many just knew their village names and don’t know the states they are from. I am sure they are still everywhere all over Gombe town, children, like this photo supplied by Doctor Bile Nuhu , carrying shoe shining box, roaming around the streets. Is this not child labor? I added this to the question I would ask Governor Dankwanbo anytime I see him. Is Gombe now the dumping ground of Almajiri or center for child labor? Allah ya kiyaye.
Even Chika Francis of AIT can testify I was in Gombe this period." 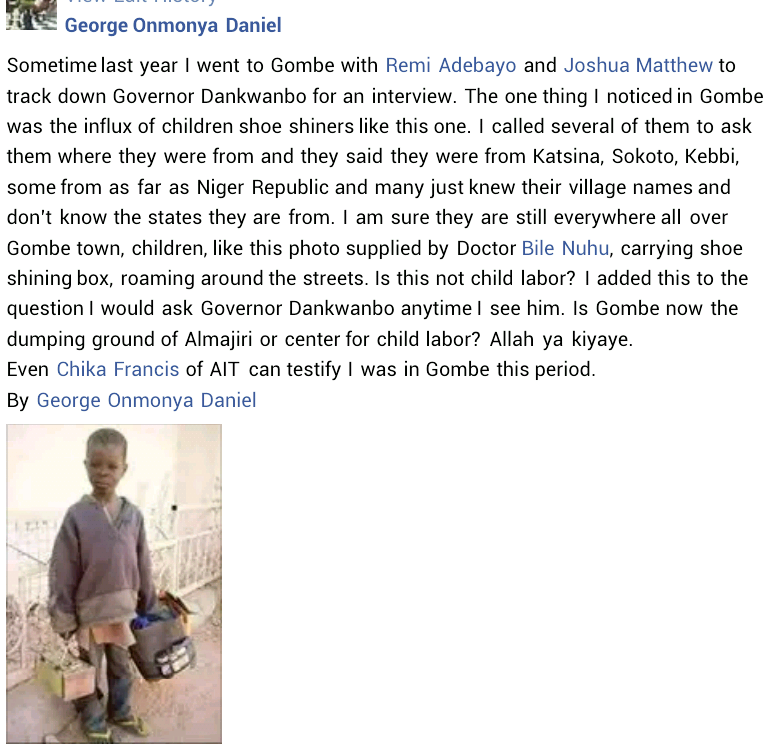 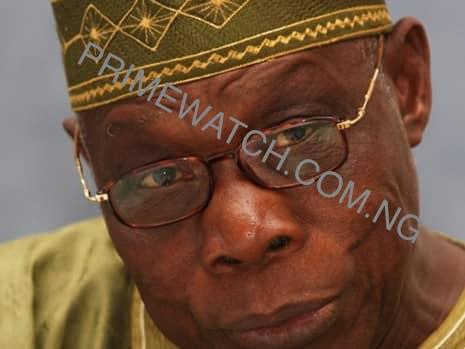 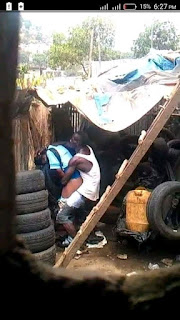 Various internet users have reacted to the viral pictures with many blasting the man for the shameless act.
Read more