Davido Signed A Keke Maruwa Driver To 30B Gang

Davido admonishes the wise investment young lad he gave N1million after he bought a tricycle with part of the money.

It’s unbelievable to everyone including Davido himself, what the young boy he gave N1million did with the cash he received.

On December 27th during Davido’s concert in Lagos, he promised a male fan One Million Naira for his efforts in protecting girls from being harrased at the event.

The young boy invested the money on a new tricycle which he shamelessly pasted Davido’s pictures in front of it.

He’s got a wise investment plan! 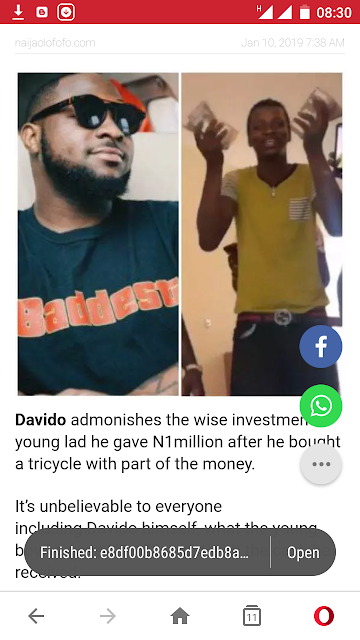