HINTS:- Five Words You Shouldn't Say During An Interview [Must Read

Five Words You Should Avoid Saying At Job Interviews

You’re probably smart enough to know that you should avoid saying words “like,” “kinda,” and any swear words at job interviews, but can you guess the ones on our list?

Don’t say: ‘Self-starter’
A “self-starter” is someone who does not require any form of help, hand-holding or motivating, but these qualities should already be evident. So if you feel the need to say it to reassure hiring managers at interviews, you’re in trouble. The same is applicable for “hard-working.”

Don’t say: ‘Ma’am’
While you may think you’re being polite, addressing an employer as “ma’am” will instantly make her feel ancient, a feeling nobody wants to have. More so, doing this also makes you sound old-fashioned, and not in a quaint, refreshing way but in an alarming, old school way.

Don’t say: ‘Whatever’
“Whatever” was voted the most annoying word of 2015, according to a poll of 1,500 adults conducted by Marist College poll. The results of the poll saw 43 percent of respondents choose it as the worst word to say at interviews.

So unless you want to be voted the most annoying job applicant by an employer, you should consider deleting it from your interview vocabulary. And while you’re at it, why not remove it from your speech altogether?

Don’t say: ‘Stuff’ or ‘Things’
These words share a number of negative traits. They don’t only sound juvenile, but are also vague and dull. When thrown into a sentence, they act like mini black holes, sucking out all the life around them.

Instead of saying “stuff” or “things,” use specific words, such as responsibilities, tasks, challenges, hobbies, passions, collections, and media, to communicate exactly what you mean.

Don’t say: ‘Honestly’
Using this word is akin to holding up a flashing-red CAUTION sign, signaling (a) you’re going to share an extremely candid (and probably regrettable) observation; and b) everything you’ve said up to that point in the interview was NOT true. 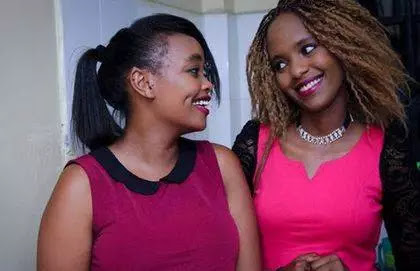