Menu
Home » News » JUST IN:- Meet The 18 Years Old Girl Who Married A Dog To Prevent Evil Spirits From Her

JUST IN:- Meet The 18 Years Old Girl Who Married A Dog To Prevent Evil Spirits From Her

18-Year-Old Indian Girl Marries A Dog, You Would Be Shocked To Know Why (Pictures)

An 18-year-old Indian girl has married a stray dog as part of a tribal ritual designed to ward off an evil spell.

Mangli Munda, from a remote village in the eastern Indian state of Jharkhand, wed the canine in a lavish ceremony.

The wedding was hastily organised by village elders after a local guru led Mangli’s parents to believe that the teenager possessed ill-luck and that marrying a man would bring destruction to the family and her community.

Ruff deal: An 18-year-old girl in India (pictured) was ordered by village elders to marry a dog (left) to lift a bad-luck curse that’s hanging over her [Photo Credit: Barcroft India]

Mangli, who has not been to school, said she was not happy to wed a dog, but insisted that it will help change her fortunes.

The hesitant bride said: ‘I am marrying a dog because the village elders believe that my evil spell will be passed on to the dog.

‘After that is done, the man I will marry will have a long life.’

He said: ‘The village elders told us that we should organise the wedding as soon as we can. We had to make sure that the evil spell is destroyed. 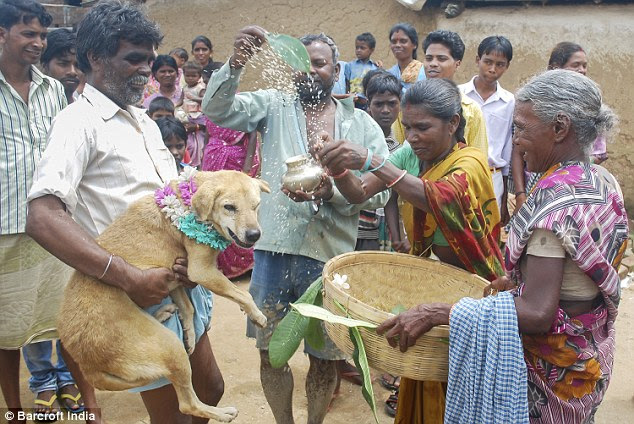 Tradition: Rituals being performed during the wedding in the remote village [Photo Credit: Barcroft India] 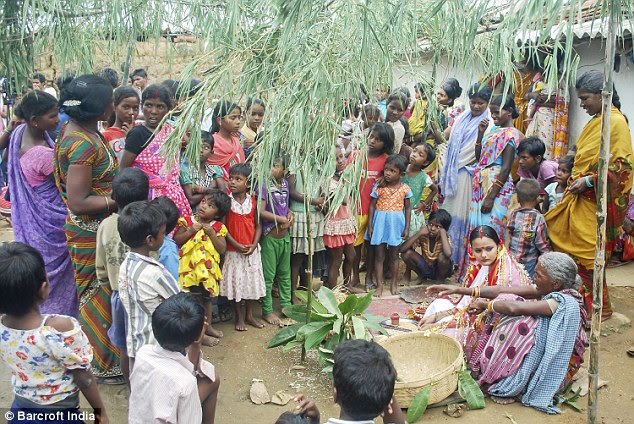 And amazingly, this is not the first time that a local girl has wed a dog in the village.

Sri added: ‘Many weddings like this have taken place in our village and also the other neighbouring villages. This is a custom that we thoroughly believe in.’

According to the village’s customs, the marriage will not affect Mangli’s life, and she will be free to marry again later without divorcing the dog. 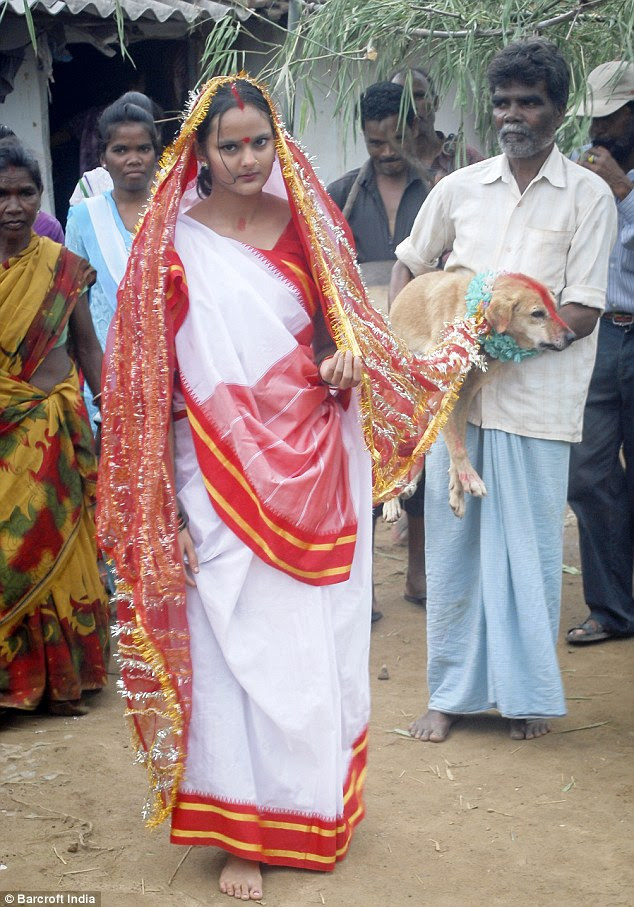 ‘I will also be free to marry a man of my dreams after after the evil spell is over.’

At the wedding ceremony, people danced to traditional drumming, while around 70 relatives and local villagers attended the wedding. 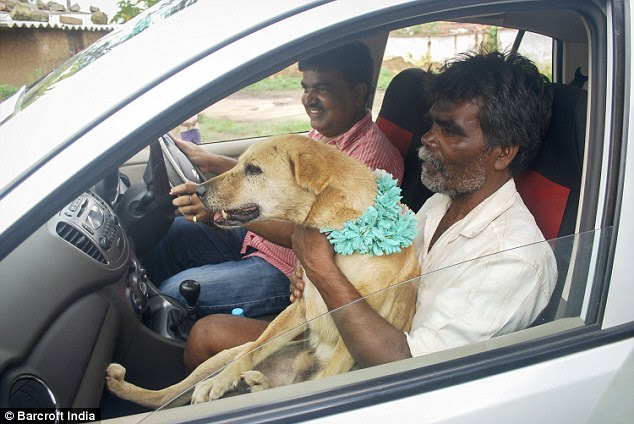 ‘We had to spend money on this wedding in the same way as we would in a normal wedding. But that is the only way we can get rid of her bad luck and ensure the benevolence of the village.’

Now with the marriage ceremony over, Mangli has to take care of the dog and raise him as a pet for the next few months.

Mangli added: ‘I will marry a man one day. It is the dream of every girl to marry a prince charming. So I am also waiting for my prince.’ 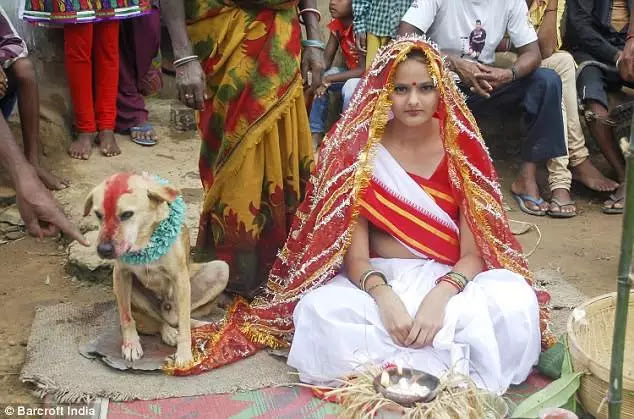