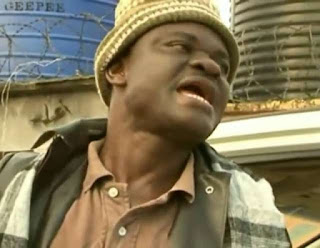 7 slangs made viral by Nigerian celebrities

The word Wobe was popularised with a dance step and a following of youths, who promote various vices ranging from drug to alcohol abuse.
Several slangs emanate from different quarters daily and Lagos, Nigeria is not different.
There are a wide range of slangs that went viral after Nigerian celebs used them in their songs or movies.

Here are 7 of the local parlance that got their continental prominence via music videos or movies.

The role of celebrities created by the media plays an important role in influencing people and the society. From educating to connecting with the audience’s emotions, these celebs also offer humour and cultural commentary through movies, music and more.

Importantly, music videos and movies play an important linguistic role as well -, especially on the upwardly mobile and youths.

Language experts believe that the media influence the way individuals talk while some of the most interesting linguistic developments are associated with the audiovisual media.

Take the word ‘Gerrarahia’ for example. The word translates to the English meaning of ‘get out of here’ but the local parlance went viral after it was used in a three-set Nollywood movie titled, Welcome to South, Back from South, and Agony of South respectively.

Here are 7 of the local parlance that got their continental prominence via music videos or movies.

(YouTube)
In the years before Olu Maintain released Yahooze in 2008, the word floated around on the streets of Lagos. Many people on the streets of Lagos referred to internet fraudsters as Yahoo Yahoo boys owing to the popularity of the American web services provider. It's hard to believe that the continental popularity the word got started after the release of Olu Maintain’s song, Yahooze, which sold several copies and was an instant hit.

Francis Odega made the word Gerrarahia popular  (YouTube)
It’s interesting to find out that the joke that turned into one of the freely used phrases originated from Nollywood movie titled, Welcome to South, Back from South, and Agony of South respectively. Gerrarahia had such staying power that a South African musician had to do a song with the same title after the phrase became viral in Nigeria and most parts of Sub Saharan Africa. The phrase was constantly used in the movie by humorous actor, Francis Odega so much that it became many people’s best way of saying ‘get out of here.’

(Instagram)
The word Wobe was popularised with a dance step and a following of youths, who are into various vices ranging from drug to alcohol abuse. The word became a sound genre after Nigerian pop star, Olamide popularised the word after the release of his monster hit song, Wo in 2017.

(flashmusic)
Towards the third quarter of 2017, two young Nigerian musicians, Tee Blaq and Yovi released different song emphasizing the word Osha Pra Pra. And since then, the local parlance has found it difficult to leave the space. Widely used by youths after it was popularised by the musician, the word Osha Pra Pra means fresh, new. The word is widely accepted by youths who use it to describe the acquisition of a brand new device, automobile or even crib.

Olamide dancing Shaku Shaku  (Gistontop)
Just like Wobe, its sound, dance step and the movement, Shaku Shaku is another word that has gained so much popularity amongst the populace in less than 10 months. Olamide, Reminisce and budding artist, Slimcase have helped propagate the word. Shaku Shaku, which originates from Ashaku - Yoruba word for something that has been dumped - and has remained a recurring decimal in conversations and descriptions across length and breadth of Nigeria. Shaku Shaku, which has glaring similarities with the word, Wobe, also has a movement of youths, who are into various vices ranging from drug to alcohol abuse. In its case, Shaku Shaku has become more popular as a result of its unique dance steps. Shaku Shaku bore other parlances such as Shepeteri and Legbegbe but they are yet to get the acceptance Shaku Shaku has been able to garner.

Olosho/Runs Girl
The term Olosho had been largely used to describe ladies of easy virtues. The words Olosho or Runs Girl can be translated to the English word, escort. Musicians from late Dagrin to Olamide have consistently referred to ladies of easy virtue as Olosho or Runs Girl. The term has become popular with time so much that it has become one of the regular local parlances that have gone national.

Slimcase  (broadwaytv)
DJ Sidez collaborated with Slimcase to record another hit song “Oshozondi” in 2017. And just a few months after the release of the song, the word, Oshozondi was adopted by a larger percentage of the populace. Oshozondi is a word loosely used to refer to thugs or loafers who became successful overnight. Unknowingly, the word has been picked up and used by several individuals - especially the youth.