Chelsea will not be signing AC Milan striker Gonzalo Higuain during the January transfer window, with the complexities of the deal making it not viable for the Blues. The former Napoli boss had been hopeful of reuniting with the Argentina international at Stamford Bridge but no deal will be sought this winter. Having previously shown an interest in the Argentina international during the summer transfer window, Maurizio Sarri made it clear to the Chelsea hierarchy he was keen to reunite with a player who thrived under him at Napoli. But with Higuain only currently on loan at Milan from Juventus, Goal understands the Premier League outfit were weary of negotiating with two separate clubs during the winter window and will now look elsewhere in their pursuit of a new centre-forward. Former Real Madrid striker Higuain has struggled for form since swapping Juve for the Rossoneri in the summer, scoring just eight goals in 20 appearances across all competitions.

He also made headlines in November when he was sent off against his parent club, with his reaction to the decision earning him a two-match Serie A suspension. Such performances have seen some question whether it is wise for Milan to pay the previously agreed €36 million (£32m/$42m) to make the move permanent this summer having already forked out €18m (£16m/$21m) for the original year-long loan. Nevertheless, the 31-year-old will not be making the switch to Stamford Bridge this month, meaning Chelsea and Sarri must look elsewhere in their attempts to add further firepower to their frontline. Sarri’s side initially started the season in fine form, scoring 27 goals in their opening 11 league matches as the Italian broke a Premier League record for the longest unbeaten start for a new manager. 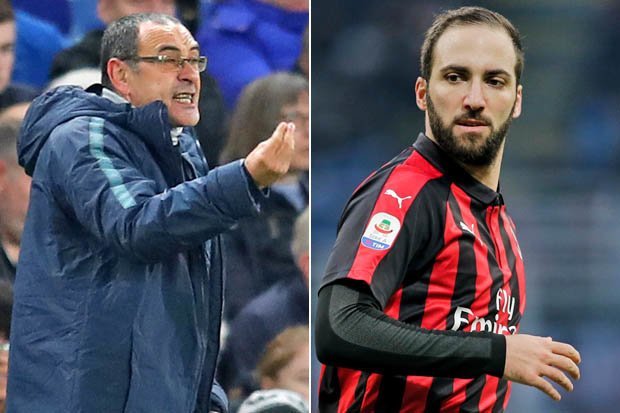 But in their 10 matches since they have found the net on just 11 occasions, culminating in Wednesday’s frustrating 0-0 home draw with struggling Southampton. Such a poor run in front of goal has seen them slip out of the title race, and with just two wins from their last four matches they are now at risk of failing to qualify for next season’s Champions League by virtue of a top-four finish. Alvaro Morata – who was tipped as a potential option in a swap deal for Higuain in some reports – has not scored in the league since the first week of October while Olivier Giroud’s only league goal in 2018-19 was a late consolation in Sarri’s first Blues defeat at the hands of Tottenham. As such Eden Hazard has had to carry the brunt of the goalscoring responsibility – netting 10 times in the league on his way to bringing up a century of goals for the club – with the Belgium international even having been deployed as a false nine in recent weeks. Sarri’s assistant coach, Gianfranco Zola, has confirmed that Chelsea are keen on Bournemouth’s Callum Wilson, though he admitted they were not the only side watching the new England international.

Sarri himself, meanwhile, spoke of his wish to bring in a new forward player following the Southampton stalemate, telling a news conference: “We have to try to solve the problem of the last 15 or 20 metres. “The club knows very well my opinion. I think we need something different for characteristics. “I’m not in charge of the market. I have to try to improve my players, my team, my offensive phase, or better my offensive phase in the last 20 metres. “The club knows my position, my opinion. It’s up to the board.”

Chelsea have already made one move in the January window after completing a £58m ($73m) move for Borussia Dortmund’s Christian Pulisic, though Sarri admitted he was unaware of the negotiations surrounding a deal that will see the United States international spend the second half of the campaign back on loan at the Bundesliga leaders. And the Blues also face a fight to keep hold of young winger Callum Hudson-Odoi, with Bayern Munich having increased their bid for the Under-17 World Cup winner to £30m ($37.5m) after his refusal to sign a new deal in west London.

Do you think Chelsea are right not to sign Higuain? 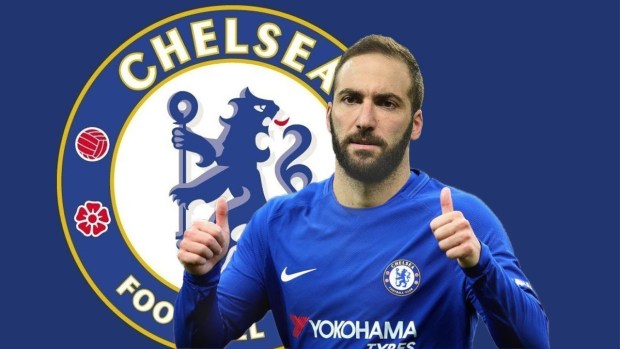