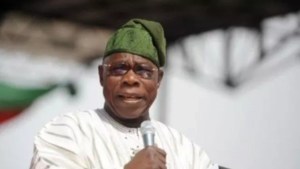 Iyama said: “The programme is centered on mobilising young Nigerians from different community to tell the story of democracy through arts that will depict the Nigerian democracy from 1999-2019, which marks the 20 year of Nigeria uninterrupted democracy.
“We want to use this opportunity to enlighten many young people who are voting for the first time without knowing the genesis of democracy in Nigeria.
“The draw campaign training session will be organized for the youth with such talent by CYPA Africa in the six geo political zone (southwest, southeast, south-south, northwest, northeast, north-central) with Lagos, Enugu, Port Harcout, Kaduna, Bauchi and Jos as the training centres.
“After which a room will be given to tell the story of democracy by the youth, which will cover all the democratic experiences like the first democratic election of MKO Abiola, the inauguration of EFCC, the coming of card reader for election etc, permit me to quote former President Obasanjo, “if you do not know history you will see history.
“This project will incorporate all component of arts and the target audience include talented students from tertiary institutions, primary schools and the grass root local community. This campaign will not interrupt the electoral process and the forth coming election. The project will be unveiled in Plateau after this media launch.”
He stated that all the arts work will be display in an art gallery in Abuja known as “Democracy Art Gallery,” to be commissioned by whoever emerges as the Nigerian president on May 29, 2019 (Democracy Day) after the election.
PAY ATTENTION a civil society organisation, Youth Empowerment Solutions (YES), has launched a campaign against violence as Nigeria prepares for the 2019 general elections scheduled for February 16 and March 2.
The campaign tagged 'I Stand 4 Peace' is geared towards raising awareness that will engender peace, before, during and after elections.
Speaking at a press briefing/media launch of the campaign on Monday, January 21, Oche-Precious Edeh, the convener of the group, said YES will collaborate with other groups to embark on campaign tour of the country during the campaign.
By ADMIN
Tags News