BOOSTED:- Female Graduate Pleading Public To Buy Her P@πT Cause Of Lack Of Employment

A+ A-
Print Email
www.primewatch.com.ng 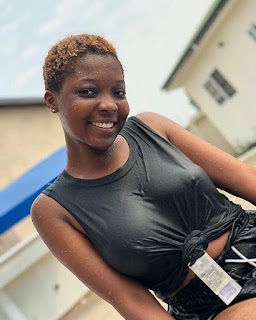 He sold their land to pay for his university fees getting worse by day.

Otieno exclusively told TUKO.co.ke that the situation had pushed him to consider selling any of his valuable body parts to a willing buyer in a bid to help his father who has cancer and mother diagnosed with arthritis.

He said his parents had since relocated to Homa Bay after selling the parcel of land in Kakamega and being the only child out of six siblings who had attained university education, all eyes were on him. “I have searched for jobs in vain. I have done several casual jobs but quit because of the close attention my parents need. My dad has a sickness resembling a face cancer. My mum is always in bed because of arthritis and ulcers. We cannot afford money for treatment,” he said.

According to Otieno who is the third born in the family, his two younger siblings were still in secondary schools where fees to cater for their education was still a problem.

“I was their only hope since they knew I will educate them. My only plea is to find a person who can buy any valuable body part I have in order to carter for my family problems while am alive. The emotional torture I am going through can easily wear me out completely,” he added.