BREAKING:- ASUU Said To Call Off Strike This Week 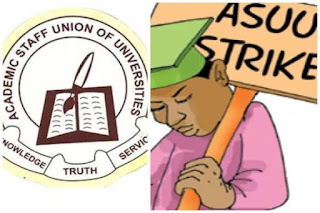 Minister of Education, Adamu Adamu, has revealed that the 4-month old strike by lecturers under the umbrella of Academic Staff Union of Universities (ASUU) may be called off today February 3rd.

Recall that on November 5th 2018, aggrieved ASUU lecturers embarked on the strike action over the failure of the Federal government to meet their demands of better funding for tertiary institutions.

At a media conference in Abuja, yesterday, the Minister told newsmen that an agreement has been reached and that the strike will not enter into next week.

”The strike will be called off from today (yesterday) or tomorrow (today) and certainly, there won’t be strike next week.” he said
By ADMIN
Tags Assu Strike