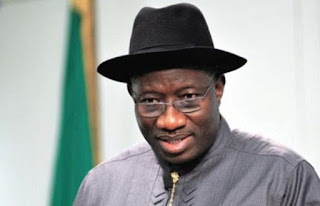 
There was loud silence in the Bayelsa State chapter of the Peoples Democratic Party (PDP) following the inability of former President Goodluck Jonathan to deliver his community and senatorial district to the party in the just-concluded elections.

The senatorial district fell to a former Governor of the state, Chief Timipre Sylva, who worked assiduously to deliver the senatorial candidate of the APC, Mr. Degi Eremienyo Wagara and the candidate for Nembe-Brass Federal Constituency, Isreal Sunny-Igoli.

Results from the Independent National Electoral Commission (INEC) showed that Wagara scored 43,303 to defeat the candidate of the PDP, Ipigansi Izagara, who polled 32,363 votes and the ADC candidate, Senator Nimi Amange with 16,936.

Also in the Brass-Nembe Federal Constituency, the former President was said to have done nothing to deliver the PDP candidate, Marie Ebikake, who scored 19,279 against 41,150 polled by the APC candidate.

It was gathered that Jonathan would have lost his entire Ogbia to the APC but for the efforts of Governor Seriake Dickson’s appointees, who went extra miles to rescue the PDP.

Party sources said it took the efforts of the Commissioner for Information and Orientation, Daniel Iworiso-Markson, to avert the defeat of the PDP candidate for the Ogbia Federal Constituency, Fred Obua, by the APC.

Iworiso-Markson was said to have worked with the newly appointed Special Adviser on Grassroot Mobilisation, Captain Ozu; the Senior Special Assistant on Youths, Osaanya B. Osaanya to deliver Obua, who scored 12,048 votes to win the APC candidate, Samuel Ogbuku, who got 7,995 votes.

The PDP leadership in the state was said to have bemoaned the former President’s attitude saying it justified an allegation  by a group, Ogbia Renaissance, that Jonathan, his wife, Patience and A.J. Turner were working against the candidates of the PDP.

A top member of the PDP, who spoke in confidence, said what transpired on the election day was brazen anti-party by Jonathan’s loyalists in the PDP and some disloyal appointees of the governor.

“The Ogbia Renaissance raised the alarm days before the election accusing the former President and his loyalists in the PDP of working against the candidates of the party in Ogbia and the Eastern Senatorial District.

“Despite denying the allegations and pouring invectives on the group, the anti-party played out in the election as these individuals openly backed and sponsored the APC and the ADC House of Representatives candidates.

“There associates, who are PDP appointees in Dickson’s government also worked against the PDP candidate. It took special efforts and commitment of some loyal appointees of the governor such as Daniel Iworiso-Markson to avert the defeat of our House of Representative candidate in Ogbia Local Government Area.

“We are watching them and we have noted the roles each of them played. The PDP in the state had already established a disciplinary committee and the names of these people have been penciled down.

“They will be invited after the election to face the committee. It is shameful that under the watch of former President Jonathan, PDP lost a senatorial district to the APC in an area that is supposed to be a stronghold of our party. This is what anti-party can cause”.