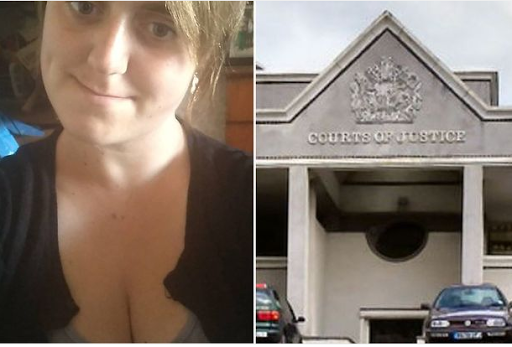 A woman who offered sex to a 13-year-old ‘boy’ for £100 so she could buy heroin has been spared jail. Leanne Curnoe, 22, was caught when one of her ‘friends’ made a fake Facebook profile and began to message her from it – pretending to be a teenage boy.

Curnoe, from Redruth in Cornwall, pleaded guilty to a charge of attempting to meet a child following sexual grooming in September 2017 – admitting that she only agreed to the sordid meet-up in order to buy drugs, reports Cornwall Live .

She was handed given an 18-month suspended sentence at Truro Crown Court.

Prosecuting barrister Philip Lee said: “The witness in this case knew the defendant and there were rumours she’d been having sex with boys for money. When asked about this she effectively admitted it.

“The witness set up a fake Facebook  account in the name Richard Jones and messaged Miss Curnoe asking for sex with the words ‘what do I get for £100’ to which the defendant replied ‘everything’.

“The messages were clear and it was apparent sex was being offered. The witness observed the defendant waiting outside the night shelter in Basset Street in Camborne where they’d agreed to meet but didn’t tell the police.

“She was interviewed in February but denied all knowledge. When she was showed the messages she admitted she did so for money and heroin.”

Mr Lee concluded by saying that the messages made clear how old the fictional boy was and indicated that penetrative sex was intended.

Curnoe was given an 18-month prison sentence suspended for two years and a 25-day rehabilitation activity requirement to help with her homelessness and addiction issues.
By ADMIN
Tags Exposed