Menu
Home » Health » Interesting Things You Should Know About Your Testicles

Interesting Things You Should Know About Your Testicles 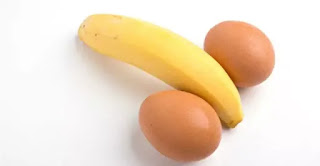 Interesting Facts About The Testicles You Should Know.


In addition to producing sperm and testosterone, there are certain curious facts of the testicles that would be nice to know

The right testicle, in most cases, is larger and is located higher than the left testicle.
According to researchers at Emory University, Atlanta, United States, men who have smaller tests tend to be better parents. How are your partners?
They are very sensitive. A stroke in them can cause a faint, loss of consciousness for a couple of minutes or, even, that the adrenaline levels shoot up and, consequently, cause a cardiac arrest.
They can double in size and get hard during sex. But after the meeting “under the sheets”, they return to their natural state.
On average, they release an average of 200 million sperm!
Men who are born with only one testicle are just as likely to have a child as men who have both.