REVEALED:- ATIKU ABUBAKAR Plan For Nigeria If Fully Elected As President [ Must Read 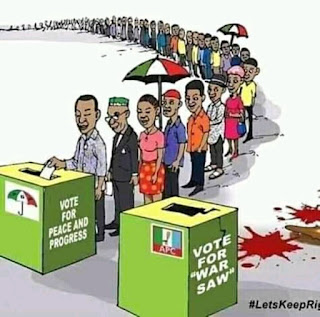 Private sector got over N46trn in loans from banks in 9 months –NBS
The Nigerian Investment Promotion Commission, NIPC, has said that the country received investment committment worth $90.90 billion for 93 projects between January and December last year.

According to the NIPC, the Nigerian Investment commitment are in various sectors of the economy in 23 states and the Federal Capital Territory, FCT.


Figures from the commission show that the proposed investments for 2018 is a 27 per cent higher than the $66.36 billion figure recorded in 2017.

The NIPC figures also showed that a huge chunk of the investment goes to mining and quarrying, which accounted for 35 per cent of the total value.


This is followed by the manufacturing sector with 24 per cent, while construction with 20 per cent, transportation and storage with 15 per cent followed, respectively, while other sectors accounted for the balance of six percent.

The NIPC also revealed that the investment commitments were made by investors from 20 countries, with domestic investors accounting for a huge chunk of the proposed investments with about 33 per cent of the value.

On the location of the proposed projects, the NIPC said the FCT was the biggest beneficiary as it got about 21 per cent of the total investment pledged during the period, Rivers State accounted for 18 per cent, while Lagos and Bayelsa got 14 per cent and 13 per cent, respectively

It stated that the other states accounted for the balance of 34 per cent.