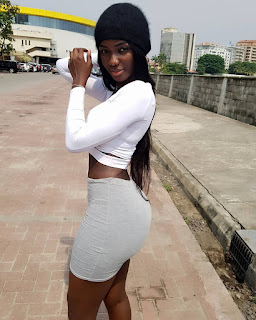 The curve at the bottom of a woman’s spine allows her to significantly shift weight, and without this ability, pregnant women would face a serious disadvantage.
According to the study, without a spine curvature of this degree the pressure on a woman’s hips during pregnancy would increase by 800 percent. This would cause her to not only become largely immobile, but also put her at risk for sustaining serious injury.
Lead researcher Dr. David Lewis, says it’s believed that our male ancestors developed a sexual attraction to women with big butts because it increased their chances of having offspring which would live long enough to pass on their DNA. It’s not just ancient men who show a preference for women with this build, however.
The team, based out of Bilkent University in Turkey, asked 300 men to look at silhouettes of women with many different angles of spine curvature. Results showed that the majority of the men were significantly more attracted to silhouettes of women who had a spine curvature of 45.5 degrees, suggesting that this ancestral preference for spinal curvature has persisted.
Lewis believes that his findings may offer an explanation into modern man’s love of round female butts. “Men may be directing their attention to the backside and obtaining information about women’s spines, even if they are unaware that that is what their minds are doing,” the researcher explained, although this theory cannot be proven until future research is conducted.
This is not the first time science has attempted to find a reason for evolutionary preference of big-bottomed women.
A 2014 study found that women with larger waist-to-hip ratios had higher levels of the hormone needed to get pregnant, and therefore possessed increased chances of fertility. Another study found an association between large bottoms and intelligence, presenting evidence that women with a bigger difference between their hips and waist were not only more intelligent themselves, but also gave birth to more intelligent children.
Ultimately, human attraction is a complicated topic, and what appeals to some does nothing for others. However, when we find out the science behind our preferences, we can’t help but wonder if our “type” is really a personal choice or simply nature’s way of ensuring the advancement of mankind.
By ADMIN
Tags Big Ass