15 Late Nigeria Celebrities You May Not Know [ Must Read 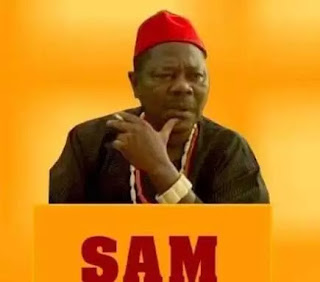 SAD!! 15 Nollywood stars you still may not know have died. (Pictures)

SAD!! 15 Nollywood stars you still may not know have died. (Pictures)
These demised stars would always be remembered for their role in one way or the other in the development of the Nigerian movie industry – Nollywood. It’s not an understatement to assert that their death shook Nollywood to its core at the time each of their demise occurred.

They are however remembered for the legacies they left behind.

The death of Sam Loco really got the entertainment industry in Nigeria shaking because he was very popular with his comic roles. Loco died in a hotel room in Owerri where he was editing a film, in August 2011, at age 66.

IMG_1088
The Village Headmaster star actor died in February 2013 at age 70. He died of complications from diabetes in a Lagos hospital.

IMG_1089
Enebeli became popular staring as Andrew in a popular TV programme many years ago. He died in an Indian hospital in December 2012. He died of stroke at age 66.

IMG_1090
The very popular Nollywood producer died of asthma attack in Enugu, in April 2014. She was the writer and producer of the most popular TV soap ever to be aired in Nigeria, Checkmate. Her sudden demise at age 51 shook Nollywood and the entertainment industry as a whole due to her role in the development of Nollywood and in making stars like Julius Agwu, Bobmanuel Udokwu and so many of them.

IMG_1092
The River state born actor died in September 2006. Tom-West was involved in a fatal auto-accident, while he was returning from a location after a late night film shooting with two of his colleagues.

His former girlfriend, Tricia Eseigbe wept so hard that she was uncontrollable as at that time. He was popular with such movies as State of Emergency, Above The Law, Labistar etc.

IMG_1093
The popular actress died in September 2011 during a fibroid operation at age 56.

IMG_1095
She was a popular Yoruba actress whose sudden demise shook the Yoruba movie industry. She died at age 27 in January 2013.


Funmi was a cross over actress who featured in both Yoruba and English films. She played a romantic role in When The Sun Set released in the 1990s which was Kate Henshaws first film. Funmi died in May 2002. Her death shook Nollywood then.

IMG_1097
Francis became a star via Amaka Igwe’s Checkmate. After which he featured in Living in Bondage, Jezebel produced by his girlfriend then, Emem Isong.

Francis died in March 2007 after a protracted sickness.

IMG_1099
Christy Uduak Essien-Igbokwe MFR(11 November 1960 – 30 June 2011) was a Nigerian musician and actress. She was known as Nigeria’s Lady of Songs. She put Nigeria’s name on the world music map with her evergreen “Seun Rere” track. She was the first female president of the Performing Musicians Association of Nigeria(PMAN).

She was also the chairman and managing director of Soul Train entertainment limited.Although she was not from the Yoruba tribe, she sang a lot of her songs in the western Nigerian language and drew heavily on their culture and tradition . Essien’s fluency in Yoruba, English, Igbo and her native Ibibio earned her an appeal which cut across tribal lines.

IMG_1101
Clem Onyeka was recently killed in a crossfire between the Nigerian Police and armed robbers in Asaba Delta State. He was only 37 years old.

May their souls continue to rest in peace!!!