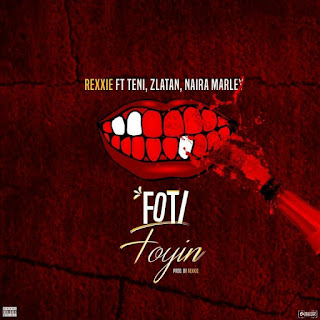 This song was first teased a couple of weeks ago on Instagram by Teni on her Instastory while the studio session was ongoing in London.

Rexxie made his debut strong impression in the music scene as the producer behind Chinko Ekun‘s hit, “Able God”.

“Fotifoyin” is another street vibe that will make DJ turntables squeak. Another viral video teaser from Zlatan Ibile of his brushing his teeth with Hennesy has got more fan yearning for the release of this track.

Now we have, Rexxie out with “Fotifoyin”.