We Will Change All Tribunal Results - PDP 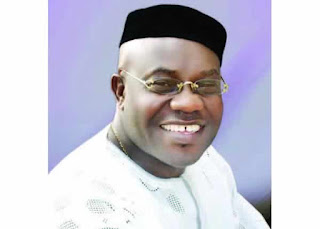 The Deputy National Publicity Secretary of the Peoples Democratic Party, Mr Diran Odeyemi, has said  the party will  challenge the results  of the governorship poll in states where the party lost at  the Election Petitions Tribunal.

The PDP chief, who spoke in a telephone interview with our correspondent on Friday,  also  said the national body would  support  the governorship candidates  during their  legal battles.

“We are still collating the results from all the states. As soon as we finish  collating them, we will head for  the tribunal.

Meanwhile, no fewer than eight candidates who lost the governorship election in their respective states have also expressed their readiness to approach election petitions tribunal to challenge the results of the election.

In Ogun State, for example, the candidate of the Allied People’s Movement, Adekunle Akinlade, rejected the result declared by INEC, due to what he described as manipulation, saying he would go to tribunal.

The Labour Party in the state has said it will also go to the tribunal over its exclusion from the ballot paper for the governorship election.

In Akwa Ibom State, the candidate of the APC in the election, Nsima Ekere, said he would go to the tribunal to challenge the victory of the ruling PDP in the state. He claimed that he won in 26 out of 31 local government areas in the state.

“We have evidence and we will use appropriate legal means to reclaim the mandate. I urge you all to remain calm,” he added.

In Ebonyi State, the candidate of the APC in the election, Senator Sonni Ogbuoji, who had earlier rejected the results of the exercise and called for its cancellation, said he would go to the tribunal.

In Kwara State, the candidate of the Alternative Party of Nigeria, Mohammed Abubakar, said he would file his petition before the tribunal within one week to challenge the omission of his party’s logo on the ballot paper.

He said he had petitioned the INEC Chairman, Prof Mahmood Yakubu, over the incident. On the other hand, the PDP Chairman in the state, Kolawole Shittu, said the legal team of the party was still reviewing the results.

In Cross River State, the candidate of the Young Democratic Party, Mr Emmanuel Undie, said he would go to the tribunal, alleging that the level of irregularities and rigging thwarted the will of the people.

Meanwhile, the APC Publicity Secretary in Delta State, Sylvester Imonina, said the party would go to the tribunal, adding that the party had begun gathering documents that it would use as evidence.

But, in Oyo State, the state chairman of the APC, Chief Akin Oke, said the party was considering going to the tribunal to challenge the victory of the PDP in the election.