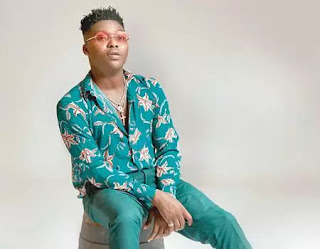 A lot has been said about the exit of Reekado Banks from his former record label, Mavin Records as many people queried his decision to quit the label that made him a superstar. There were reports that Banks and his former label had to part ways when the label felt he was becoming too big to handle.

Many people waited for an official statement from Mavin on why the singer had to leave but the statement never materialised, which further fueled the rumour that all may not be well within the camps of Banks and Mavin, headed by Don Jazzy.

As soon as Banks made his intention to leave Mavin known, news of his plan to float a record label went viral on social media, a development that was said to have infuriated Don Jazzy with a source close to the camp of Don Jazzy, hinting R that it was only normal to let Banks leave because it was becoming to be a situation whereby his brand was getting bigger and could not be contained.

For the first time since the whole drama ensued, Banks, while speaking in an interview monitored by R on Hiptv, said leaving the label was the best decision for his career as it helped him to plan restrategise for the future and put the right structure on ground.

“I feel proud to have control over my contents and activities. It is a step to get into the level he had always dreamt of. I know I am equipped enough to know that I can start a new journey. So far, it has been amazing and we are so happy to be running our thing the way we want,” Bank said.

The Jeje crooner said he would be starting up a school to help his community and hoped to complete the school before the end of the year.