Music ] KING DAVID - YOU ARE GOOD 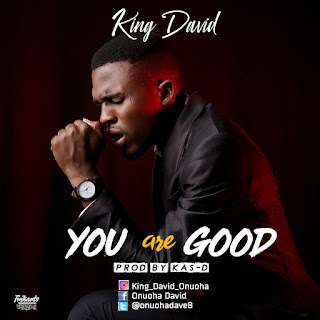 His name is king david onuoha
In 2016 participated in a state contest and came out as MR, EBONYI AMBASSADOR
And by 2017 he was awarded as the best pageant king of the year..
And in 2019 march 17 be released his first single worship song titled YOU ARE GOOD
which came as an inspiration or word from God
And this song each time he sings it ministers to his soul and always sound fresh to him... And hd believe that  this song will bless anyone who is going to listen to it
Connect with King David On Social media h
Ig: @king_david_onuoha
Fb : onuoha David
YouTube : officialkingdave
Same with His fb page

By ADMIN
Tags Gospel Music, king David you are Good