See The Youruba Actress Who Just Passed Away [ Must Read 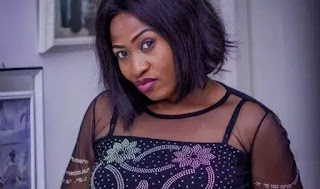 [Facebook/Abe Ishola Olabisi Monsurat] Bisket, according to her friend, passed away on Saturday, March 30, 2019, 10 days after welcoming her new baby. The death of Bisket, the CEO of Bisket Movie Concept, was announced on Sunday, March 31, 2019 by one of her close friends, Omolola Olumide on Facebook.

The late actress and producer was a member of the Lagos Island branch of the Theatre Arts and Movie Practitioners Association of Nigeria, TAMPAN. Bisket’s death is coming almost three months after the death of a colleague, Gbenga Akintunde aka Burger, who died at the age of 47 on January 4 2019. Shortly after Akintunde’s death, another actor, Adewale Olarenwaju aka ‘Ishow Larry’, passed away after a brief illness on January 21, 2019. On February 4, 2019, the death of another colleague, Funmilayo Ogunsola aka Ijewuru. was announced.


On February 27, another actor, Rotimi Alfred Popoola was announced dead by the Ogun state chapter of the Theatre Arts and Movie Practitioners Association of Nigeria, TAMPAN. Tony Anyasodor’s death makes it the fifth in Nollywood since January 2019.


On Tuesday, March 12, 2019, the death of ‘Behind the Clouds’ producer, Paul Emema, was announced by one of his colleagues.