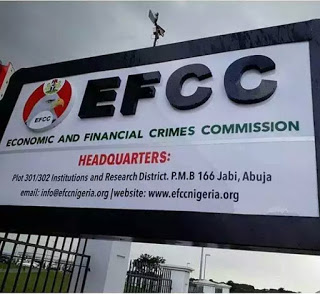 Trouble started for the defendants, following intelligence report, received by the Commission, which alleged that some criminal internet activities were being carried out by the defendants.

Some of alleged fraudulent activities include the cloning of computer IP addresses by changing same to falsely indicate that the computer was being operated in the United States of America while actually it was in Nigeria.

Count one of the charge reads, ''That you Imoniaye Rona Daniel (a.k.a Richard Willbur) and Anigbo Emmanuel (a.k.a William Manson) on or at about 23rd October, 2018 in Nigeria, within the jurisdiction of the Federal High Court Kaduna, conspired among yourselves to commit an  unlawful act to wit: with intent to defraud, procured for use, a computer programme called ''windscribe software'' to change your IP address location on the Internet from Nigeria to United States of America and thereby committed an offence contrary to Section 27 (b) of the Cybercrime (Prohibition, Prevention, etc) Act, 2015 and punishable under Section 28 (1) of the same Act."

The defendants pleaded not guilty to all the charges against them.

In view of their not guilty pleas, the prosecution counsel Michael Ojo applied for a trial date and prayed that the defendants be remanded in prison custody.

Defence counsel I.C Ekpunobi, however, prayed the court to rather remand them in EFCC custody, pending the hearing of their bail applications.

Justice Mallong adjourned hearing on the bail applications to May 15 and 16, 2019, and directed that the suspects be remanded in EFCC's custody.
By ADMIN
Tags Efcc, Nigeria, VPN, Yahoo boys