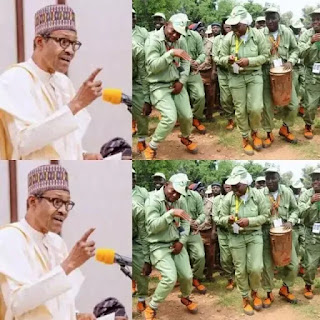 Speaking to newsmen at a press conference on Thursday, the minister also revealed that states are to share N649 billion – the final tranche of the Paris Club Refund.

However, she noted that debtor-states will have to settle their debts soon, adding that the Federal Government plans to begin the final phase of the debt refund.

“The total sum of N649.434 billion was verified by the ministry as the outstanding balance to be refunded to the state governments,” Ahmed said.

She also revealed that the payments made by the Central Bank of Nigeria (CNB) as at March stood at N691.560 billion.

On Nigeria’s growing debt profile, Ahmed stated that the debt increase from N12.2 trillion to N23.0 trillion is by design.

The minister lamented that generating revenue was a problem for the Buhari-led government.

“The financial implications have been worked out by the presidential committee that was set up and they have submitted their report to the President and the President has directed the report to us. We have looked at the report and what we are working on now is how we can finance the new minimum wage.
“Apart from the increase of the minimum wage from N18, 000 to N30,000, there is also a consequential adjustment that we have to negotiate with the labour unions.
‘The total financial implications will be determined after negotiations. The negotiation will determine what every other staff that is above the minimum wage will get. It could be a flat amount or a progression.
“The other aspect that should be clear is that there is an increase for the NYSC as well because NYSC, by its Act, is designed that they earn the minimum wage. So, NYSC allowance also has to increase to N30, 000. So, I cannot give you projections right now because the negotiations are not yet concluded.”
By ADMIN
Tags Buhari, Increase Nysc Allowance, Nigeria Youth Service Corp, Nysc