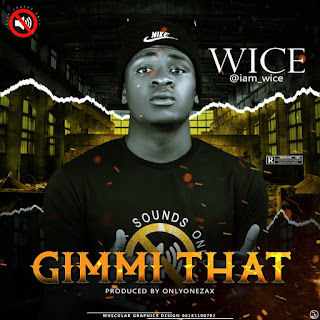 Wice is a Polyvalent lyricist who is known for his versatility and dexterity in music, Wice is a fast rising Afro/Trap Song writer and a Performing artist also a PR/Artist Signed to Sick Sounds Only

Wice is based in Jos, Plateau state, Nigeria

He just drops his new single of the year dubbed “Gimmi That”. The song was Prod by the Jtown illest Producer OnlyOneZax