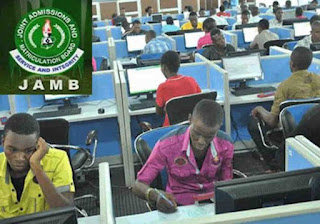 The Joint Admissions and Matriculation Board (JAMB) says that five suspects arrested for engaging in examination malpractices during the 2019 Unified Tertiary Matriculation Examination (UTME) have been jailed for periods between three months and two years. The examination body disclosed this in its bulletin released on Sunday, adding that 123 other suspects were standing trial across the country. Conciense Need reports that the 2019 UTME took place between April 11 and April 18 in 698 Computer-Based Test (CBT) centres nationwide. In its bulletin on Sunday, the board said, “Five persons who were involved in one form of exam malpractice in the just concluded 2019 UTME have been convicted. As of Sunday, three suspects from Zamfara State and two from Kebbi have been convicted for periods of three months to two years. “No fewer than 123 suspects are standing trial in various courts on one form of infraction or the other. With the conviction of the five suspects, the board urges the judiciary to continue on this path and to ensure that all suspects arraigned with sufficient facts are convicted.”