[ News ] Insecurity Might Get Worsened In Nigeria - British Government

Shocking! Insecurity May Get Out Of Control In Nigeria —British Govt 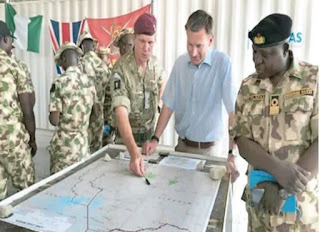 The British government has warned that the security condition of Nigeria has the potential of spiralling out of control if necessary measures are not taken immediately.

It therefore, said it is considering stepping up its military efforts to help the Nigerian government defeat Boko Haram, following a rise in terrorist activity in the country’s north-east in the past year, Jeremy Hunt has said after a visit to the region.

The UK foreign secretary Jeremy Hunt said on Wednesday that he would be discussing what more the British government can do in terms of aid and military support to combat the terrorist group, warning the crisis had the potential to trigger a humanitarian catastrophe on the scale of that in Yemen.