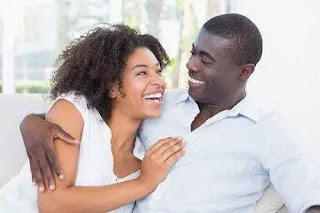 Women can lie to a man that she loves him so much, yet she does not.

This makes women do silly things just to maintain their men and also try hard to make them know that they love them.

Kisii ladies are no exception, they equally do stupid things which they regret after a breakup.

1. They show interests on things they don't love because their men love them

Margret Kemunto, a tomato vendor in Kisii town says that when she remembers what she used to do when she was previously married to a man before breaking up, she feels stupid and perhaps thinks that the man had given her a 'love charm'.

Her husband loved watching rugby. To make her happy, she would join him in watching the game though she did not know anything about it.

When her husband would stand up making noise out of excitement, she would stand up too to rejoice although she did not know what his cheering was happy about.

"There was a moment my ex stood up jumping up and down. I thought it was a way of rejoicing. I joined him jumping and running out. I followed him only to realise he was running to the gents. When I remember this, I really feel stupid!" Kemunto said.

2. They can go to a man's home alone to introduce themselves

Many women have confessed going to their husband's homes in the rural area to introduce themselves without the presence of their husbands.

Lavender Momanyi, explains how she met her husband in Nairobi. Moved in with him a and really loved him. When she insisted to be taken home, her husband gave her the direction on a village in Marani sub-county. She went there and she couldn't imagine the look she received.

"Sometimes I wonder how Lavender, a daughter to Charles Momanyi would board a bus from Nairobi to Kisii to meet someone's parents who would not accompany me. I was a big fool then." Lavender said.

3. They can be easily duped

They can get their men cheating on them, but they are given stupid and obvious reasons which they take and be contented.

For instance, a man can come home with his mouth having marks of lipstick. He then lies to a woman like he wanted to buy her and the lipstick and had to test it on his lips to see if it's the best. The woman gets duped and accepts the lie.

Sandra Kerubo once met her ex-husband touching a maid's breasts in their house. The man told her that the lady came to be examined if she had breast cancer.

He even lied to her that he went through a training and he was an expert in it. She regrets the past moments saying love really made her stupid.
By ADMIN
Tags 18+ Content, Love, Love&Romance