[ Sports News ] I Was Not Fit For The Game - Messi 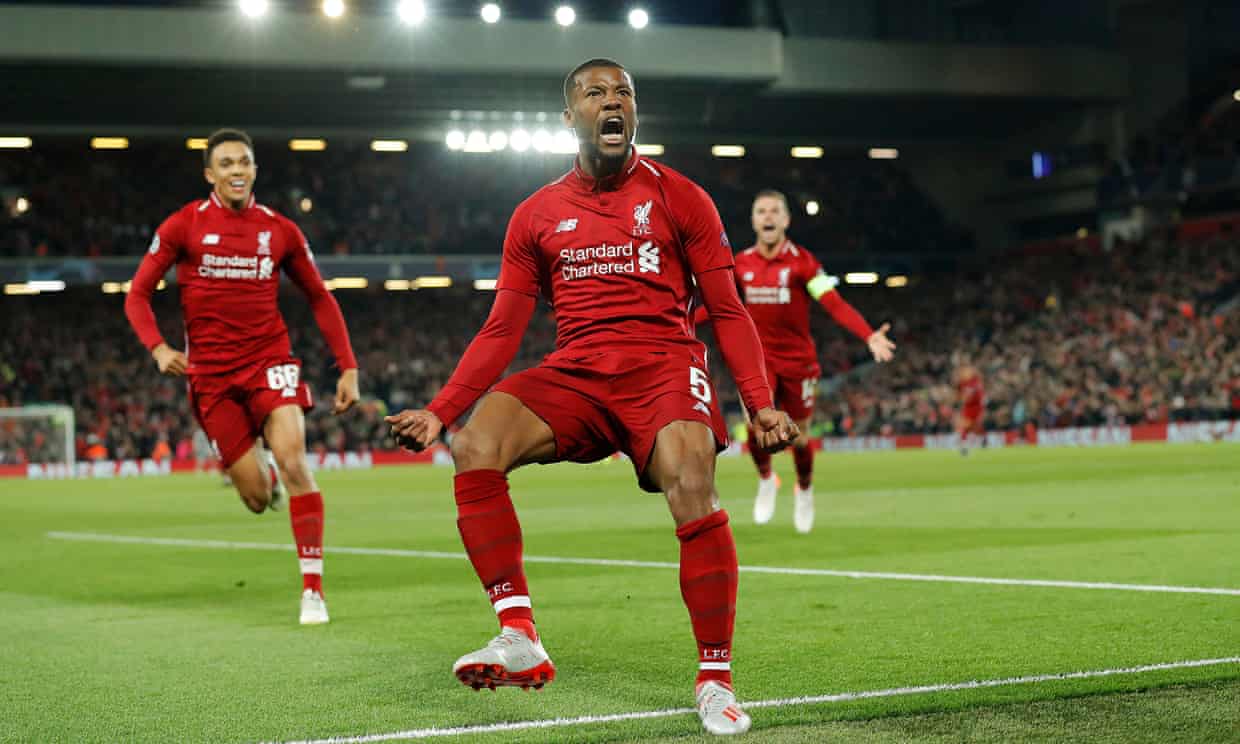 Of all the incredible nights at Anfield, where does this one count? It has to be somewhere near the top and, genuinely, there is no hyperbole whatsoever to say that it probably trumps the lot, everything that has happened before at this famous old stadium, with the floodlights on and the European Cup as the target.

By the time it was all done, it was the players of Liverpool who could look forward to the final in Madrid on 1 June and, for Barcelona, that made it one of the more harrowing ordeals of all their years when they have graced Europe’s premier club competition. Barça once overcame a 4-0 first-leg deficit against Paris Saint-Germain by winning 6-1 in the return fixture. They will know now what it is like to be on the receiving end when it comes to the list of great Champions League comebacks.

Jürgen Klopp’s team had begun the night with a 3-0 deficit and, ultimately, more fool anyone who thought it was beyond them. Plenty of us did. Yet they had levelled the match on aggregate, incredibly, by the 56th minute courtesy of Divock Origi’s first-half goal and two in quick succession from the substitute Georginio Wijnaldum. Origi was playing because Mohamed Salah and Roberto Firmino were both missing and it was the replacement striker, again, who came up with the fourth goal.

Another team, deprived of key personnel, might have shrunk because of what happened to them in the Camp Nou. Not this Liverpool side, though. Andy Robertson’s two-handed shove at the back of Messi’s head was an early glimpse of how pumped-up they were. Anfield always cranks up the volume on the European nights and Origi’s goal came early enough to fill the stadium with the genuine belief that, yes, it was not fantasy to think Liverpool might actually pull it off.

Sadio Mané, in particular, played as though affronted by the suggestion that the tie could not be salvaged. It was a blitz during the opening exchanges and Barça seemed unprepared judging by the misplaced header from Jordi Alba that let in Mané in the build-up to the opening goal. Mané picked up the loose ball and played in Jordan Henderson, running through the middle, for the initial shooting opportunity. Marc-André ter Stegen managed to get his hand to Henderson’s shot but Origi was following up to put in the rebound.

Liverpool’s dedication to prolonging the argument made it a thrilling occasion. In return, everybody knew Barça would eventually shake their heads clear and start to play more in the manner of a team striving to win their fifth European Cup in 13 years. In one five-minute spell of the first half, Messi alone had four attempts at goal and, on the last of those occasions, it was an almighty let-off for Liverpool. Barça had four different attackers inside the penalty area, as opposed to Liverpool’s two defenders, when Alba beat the offside trap. Yet, rather than shoot, he elected to pass to Messi, who was in a worse position, and the chance was passed up. Messi, on reflection, might consider it a compliment that his colleagues are so obsessed with getting the ball to him. At the time, however, he seemed bewildered by his teammate’s choice.

The problem for Liverpool was that Messi rarely lets the big occasions pass him by and, for this one, Klopp did not seem to have made any special provisions to try to restrain the five-time Ballon d’Or winner. Liverpool’s intention primarily was to let Barça worry about them. All of which meant Messi was free to amble into pockets of space, then suddenly the ball would be with him and he would pick up speed – a blur of fluorescent yellow followed by a clutch of players wearing all red.

As for Luis Suárez, the crowd did not bother with any superficial niceties as the Uruguayan returned to the ground where they once cherished his Machiavellian traits. Not that Suárez left the impression he would be wounded in the slightest by their hostility. He continued where he had left off in the first leg, arguing with his opponents, exaggerating every fall, winding up the occasion and making it his business, true to form, to harden the suspicion that when he enters a football pitch he sees himself wearing the devil’s horns. It was everything that once made him a hero of the Kop. This time, there was outrage. “Fuck off Suárez,” came the hissed chant, over and again, from the supporters who had previously afforded him something close to deification.

Robertson was injured in the first half, meaning Wijnaldum being added to midfield and James Milner dropping back into the left-back position. Liverpool had 45 minutes to save themselves and, by any standards, what happened next was truly astonishing.

It began with Trent Alexander-Arnold losing the ball, then winning it back, before firing in a low cross from the right that Wijnaldum, on the run, fired in with such power his shot went beneath the dive of Ter Stegen. Wijnaldum followed the ball into the goal to wrestle the ball off the goalkeeper and that summed up Liverpool’s attitude. They knew they could not delay.

All the time, there was the danger created by Messi, Suárez and, not forgetting, Philippe Coutinho, another former Liverpool favourite. Yet in Liverpool’s next attack Xherdan Shaqiri crossed from the left and Wijnaldum was there again. It was a twisting header and, for Liverpool, an equaliser many people would have thought inconceivable at the start of play.

And then we came to the 79th minute. Barça were in disarray at the back. Liverpool had a corner and Alexander-Arnold took it quickly. Origi was the only player to react, clipping in a goal that Anfield will never forget.