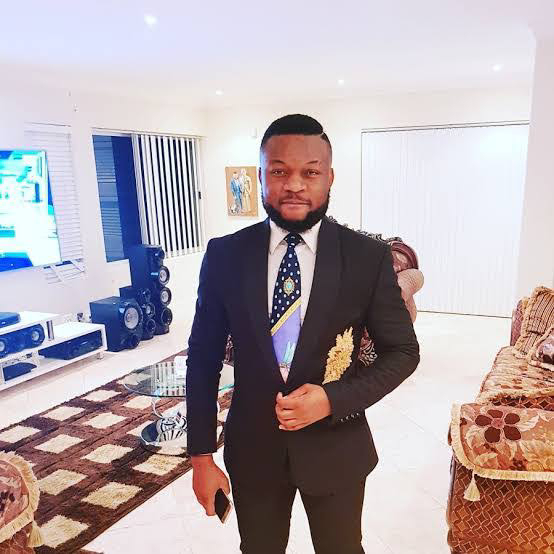 "Jay Israel, You're doomed. Nigeria is not South Africa; Your boys have been arrested."- Prophet Gideon Isah Lambasts Jay Israel Snr. in viral video.*
WATCH YOUTUBE VIDEO
In a viral video circulating social media, Prophet Isah Gideon, Senior Pastor of Household of Mercy & Deliverance Ministries, described South African Prophet, Jay Israel as a charlatan, fake prophet looking for cheap popularity and clout.
This casting of aspersions ensued from allegations that Jay Israel hired two Nigerian men to blackmail Isah Gideon’s spiritual father and Senior Pastor of Christ Mercyland Deliverance Ministry, Prophet Jeremiah Omoto Fufeyin.
According to Aproko Africa, Prophet Gideon Isah described his message as a declaration of war against Jay Israel Snr., adding that should his spiritual father choose to forgive the impetus of creating fake and unfounded stories against his ministry, he, as a spiritual son who knows his fathers worth, would not.
Prophet Isah Gideon promised to see to it that the two suspects of the blackmail scheme, who have since been arrested, serve their time in jail for crimes summing up to defamation of character and fraudulent blackmail. He ridiculed Jay Israel for sending other people to do his dirty work, and in the process, dragging unsuspecting families into the consequences of his actions.
Isah Gideon, who has been popular on social media for touting the good works and philanthropy of Prophet Jeremiah Fufeyin, pronounced Jay Israel a cursed man, for publicly defaming the ministry of numerous men of God, especially one who has been a pinnacle of hope in the COVID19 lockdown season, making donations of food, shelter and other palliatives, worth billions of naira, to different communities, even outside the Christian community.
It could be recalled that an appreciation video from Prophet Jeremiah Fufeyin’s church staff went viral recently. The Man of God was touted to have made weekly allowances, accommodation and feeding available to his staff, in addition to their monthly salaries, during the COVID19 lockdown season.
Mr. Timothy Shokoya reporting for Aproko Africa.
By CHIEF BLOGGER
Tags Religion